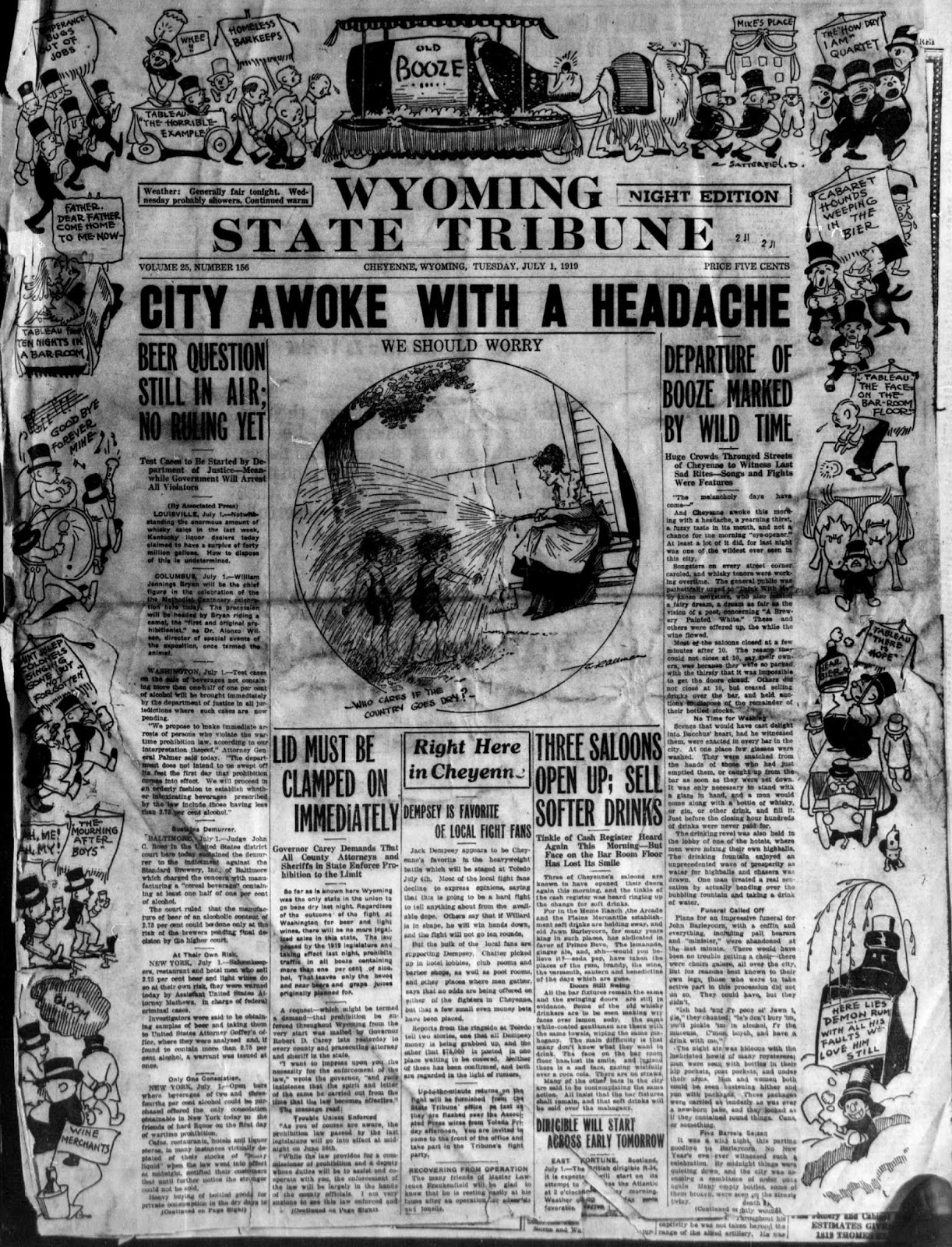 And of course, Wartime Prohibition ironically went into effect on the same day, although exactly what it prohibited remained unclear.

The Wyoming State Tribune took the occasion to have a really unusual front page, framed by a cartoon, the only example of that I've ever seen. 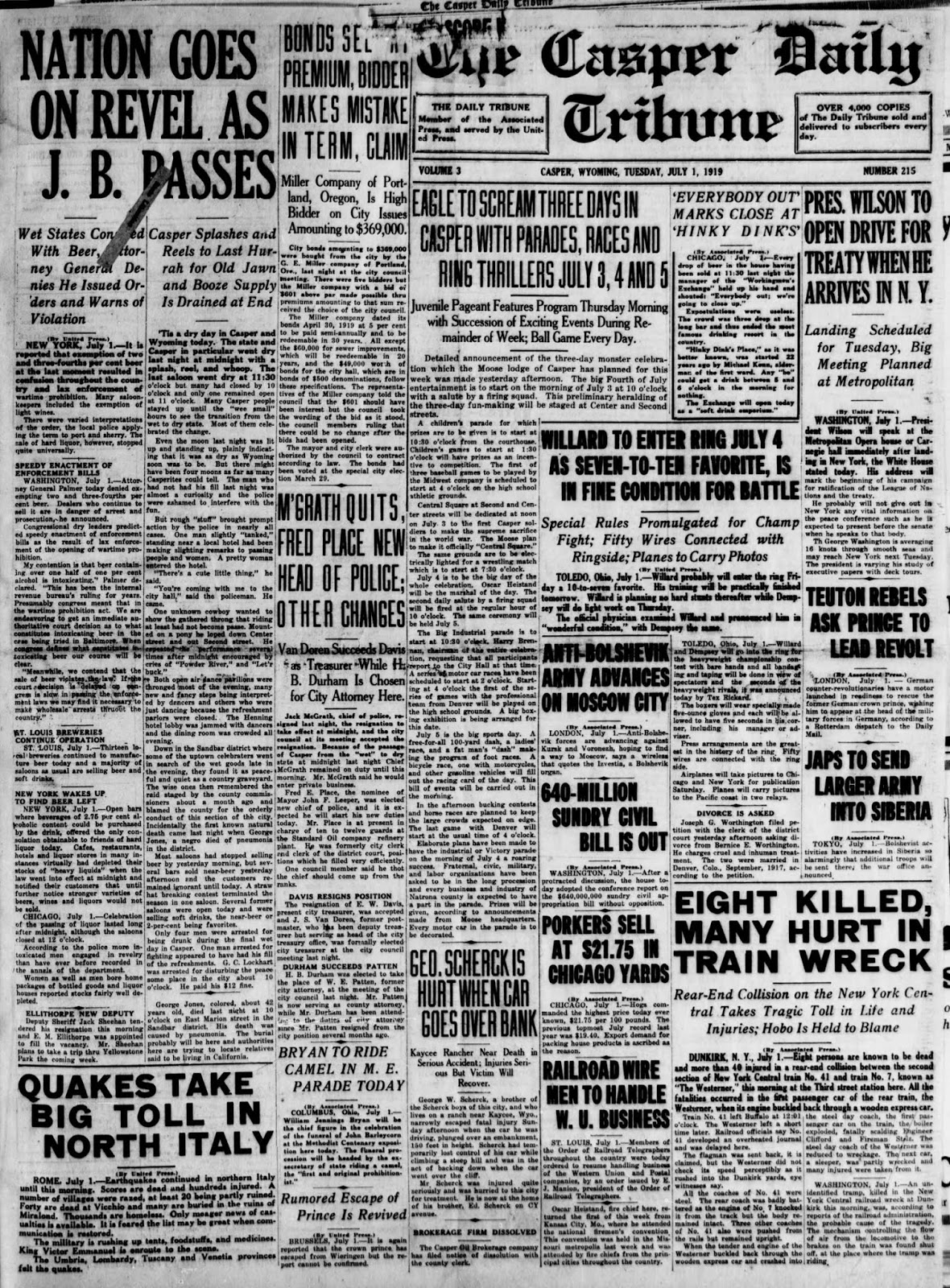 Casper noted John Barleycorn's passing for all time (the papers had persistently been, we'd note, on the "right side of history" on this one, i.e., for Prohibition and its inevitable triumph, but also noted the big July 4th celebration it was planning, which would stretch over three days. 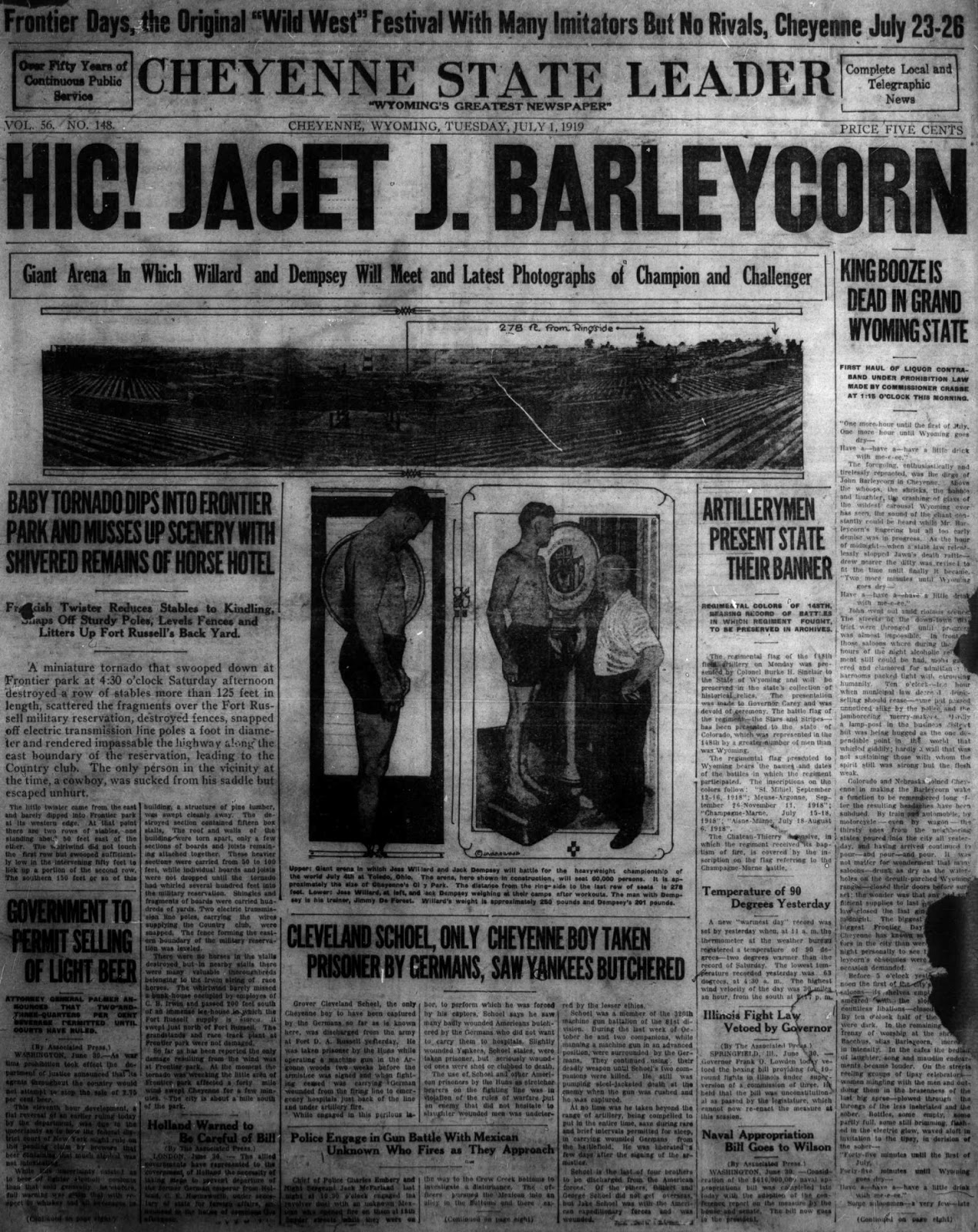 The Cheyenne State Tribune was still featuring the Dempsey fight and advertising its upcoming Frontier Days. 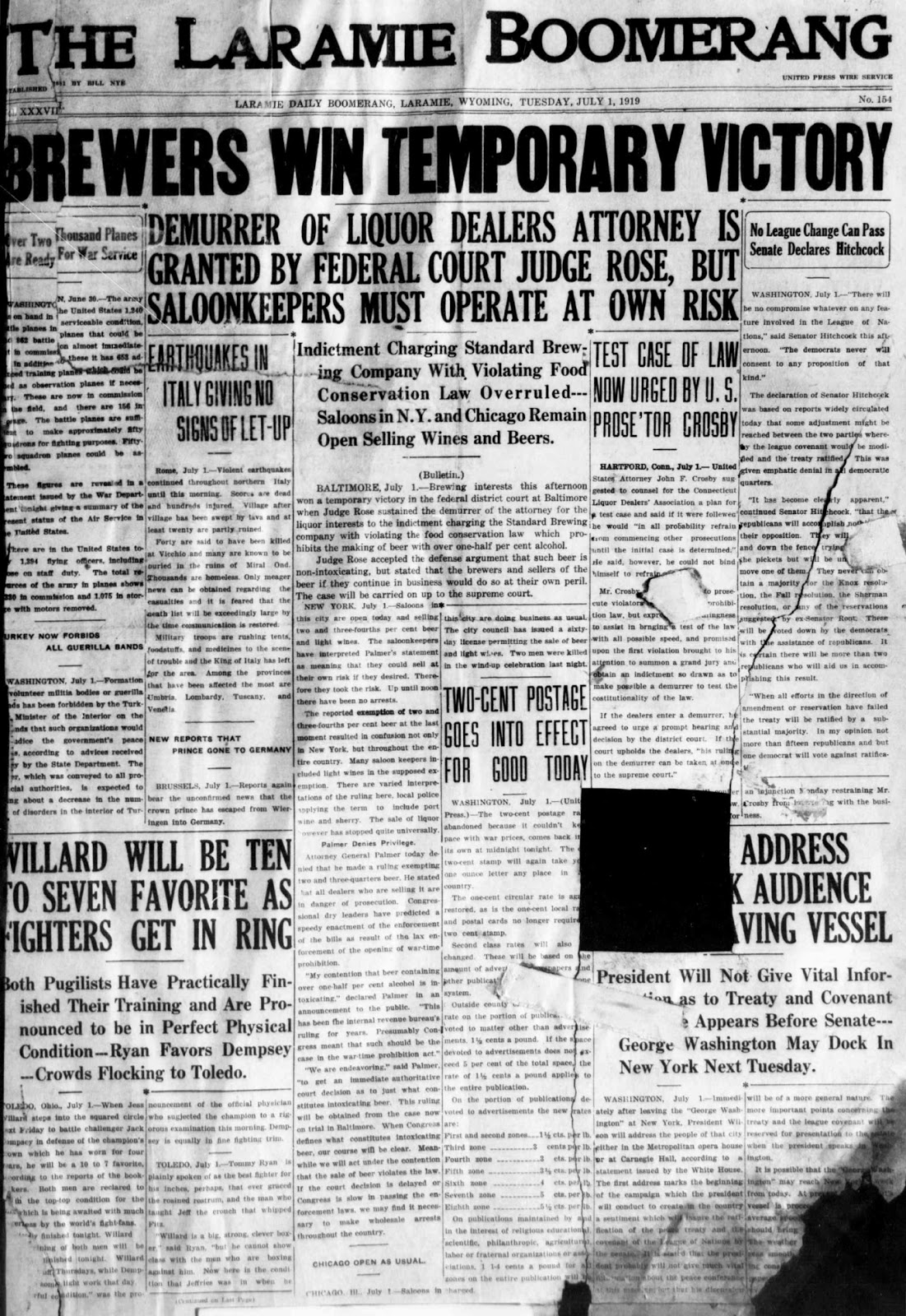 The always sober Laramie Boomerang didn't even note the arrival of state prohibition.

I really like how you shared the front page of several different newspapers. It is really interesting how different ones focused on different things.