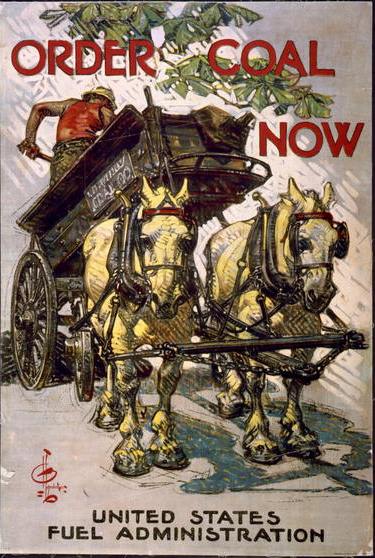 Both agencies were provided with the ability to regulate prices and attempt to control supply in an effort to make sure that adequate stocks of these vital items were available to citizens and industry. 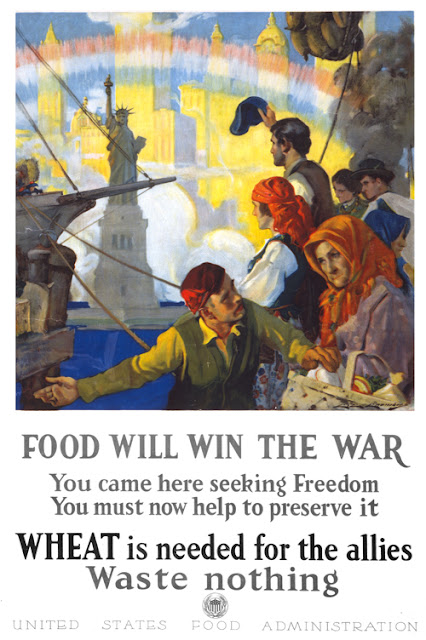 Poster aimed at immigrants by the United States Food Administration.

The United States Food Administration was headed by Herbert Hoover who was appointed by Woodrow Wilson.  Remembered commonly now only for his unsuccessful Presidency, Hoover was a very capable businessman and civil servant. 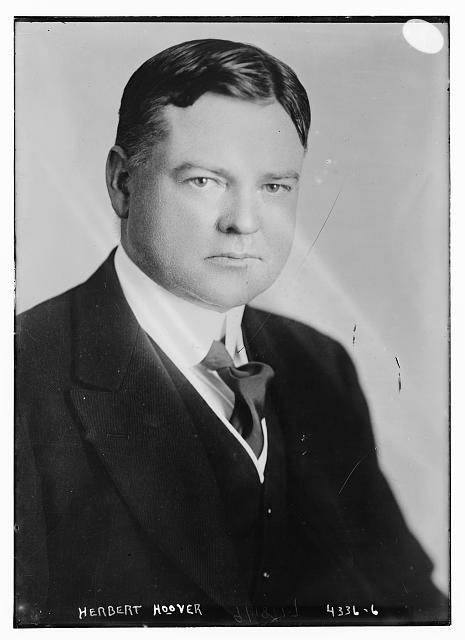 Harry A. Garfield, the son of James Garfield, a lawyer and academic was appointed head of the Fuel Administration.  It's interesting to note that Hoover may have seemed the more logical candidate for this post, as he was a geologist. 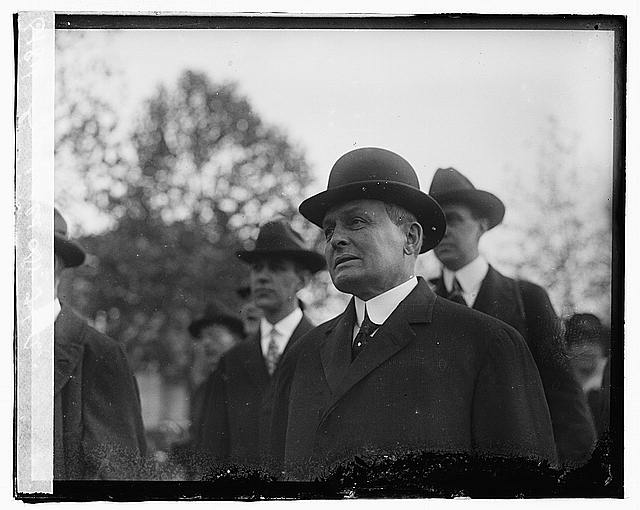 The Fuel Administration was organized on a state by state basis.  By January 1918, in spite of its efforts, fuel supplies were short enough that "Idle Mondays" were ordered for non essential industries.  The crisis in supply was not immediately alleviated by the wars end, and the agency continued to operate until 1922 when it was deemed no longer needed and passed out of existence. 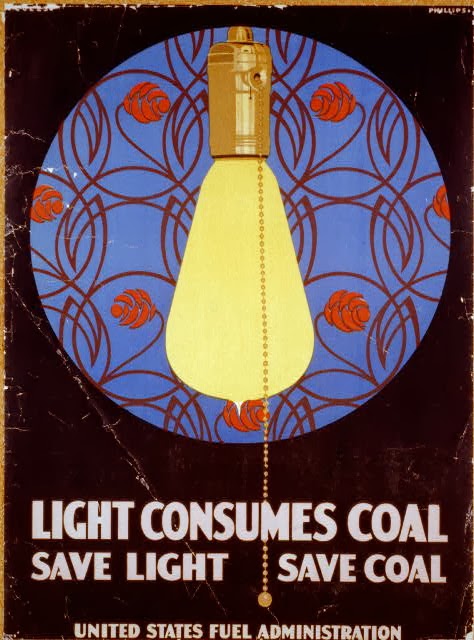 Hoovers Food Administration performed a similar role in regards to the food supply.  A special grain purchasing agent, the United States Grain Corporation, was formed and operated under it specifically to purchase and regulate the supply of grain.  The agency largely passed into a new entity, the American Relief Administration, with the war's end, although the United States Grain Corporation continued on with some functions, including supplying relief wheat to Russia, until it was eliminated in 1927. 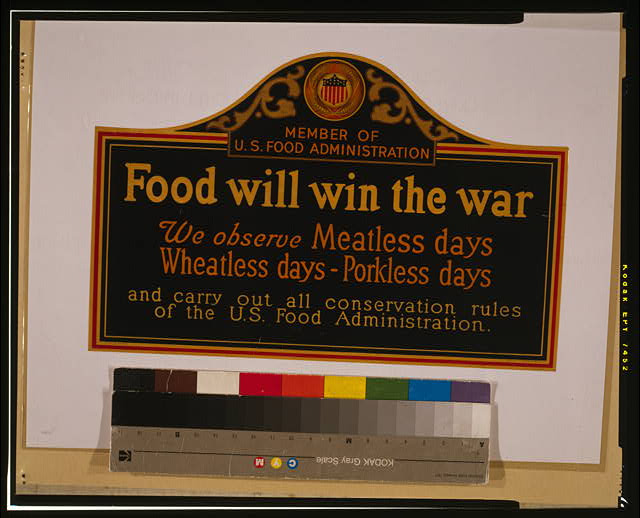 Like the Fuel Administration, the Food Administration took towards having "less" days, such as meathless, wheatless and porkless days.  As I've mentioned on prior posts, this must have seemed like an added burden for Catholic and Orthodox Americans, who already had fast days that included at least two out of the three of these. 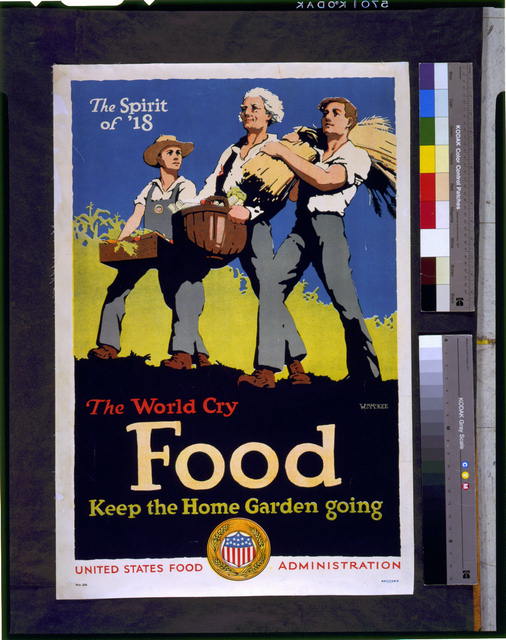 People were also urged to garden at home (something already widely done), to eat fish instead of meat, and to use oats and corn where possible, rather than wheat. 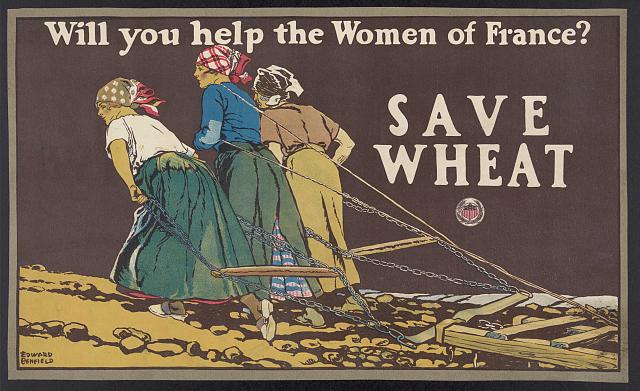 The approach of both agencies was considerably different than that adopted by the later Democratic Administration of World War Two, which frankly might be telling in some ways.  Rationing was never enacted on a national level, although at least one state, Montana, did enact it on a state level, so perhaps that shows it proved its efficiency in another way. 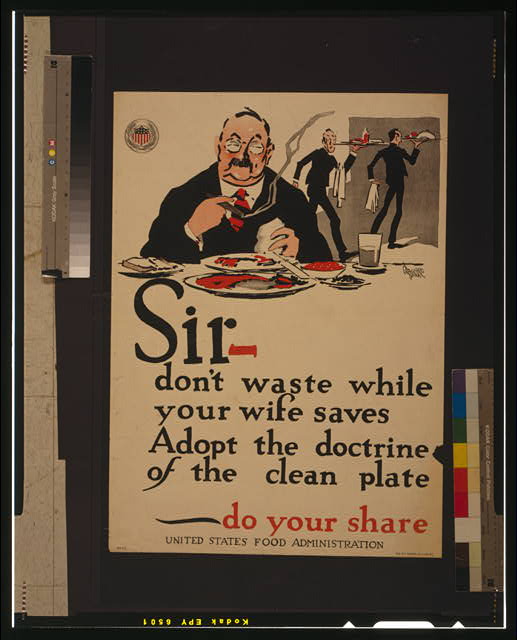 Both agencies resulted in a large number of dramatic well done posters, from what must be regarded as the golden age of American posters, and to the extent they're remembered today, that tends to be why.  But both were major entities during the Great War and controversial ones at that.  Their existence shows the extent to which Americans of that era were willing to depart from normal concepts of business and economy during the war, and the extent to which resources were truly very tight at that time and people lived closer to the margins on a wider scale. 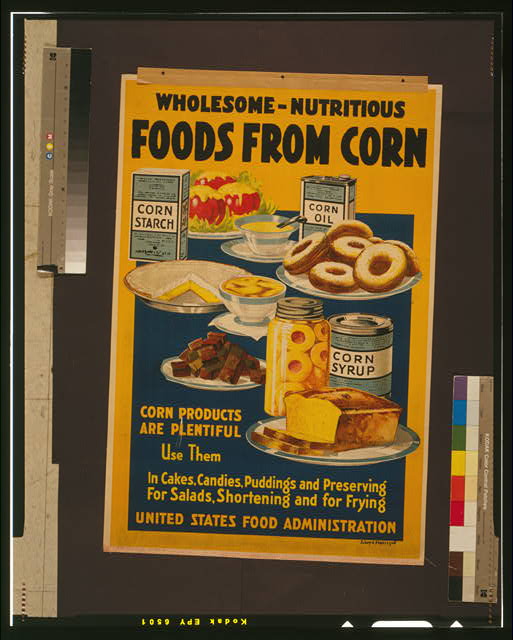 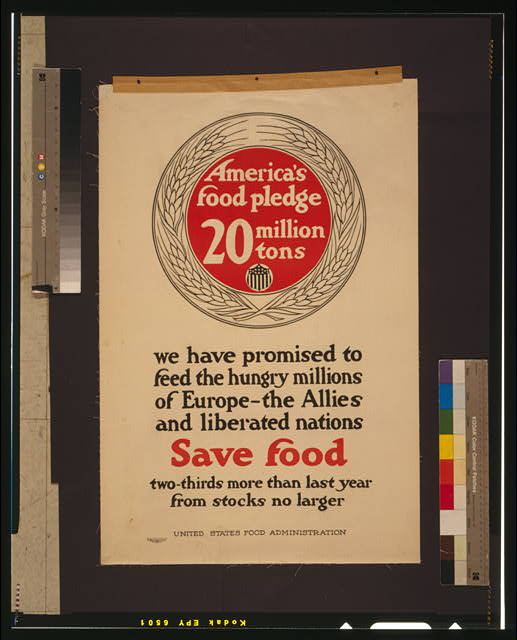 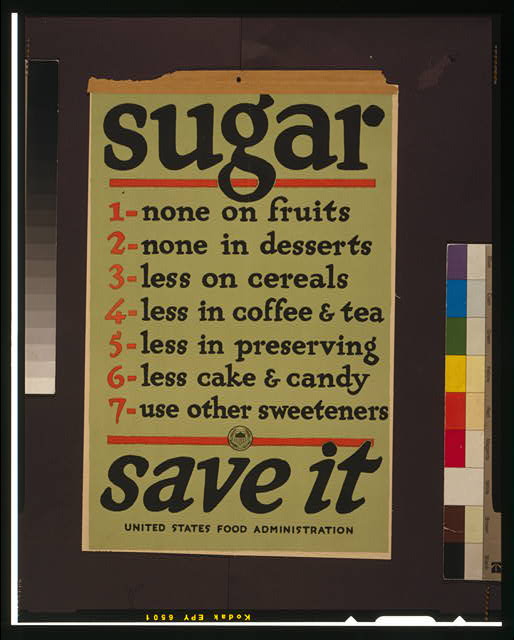 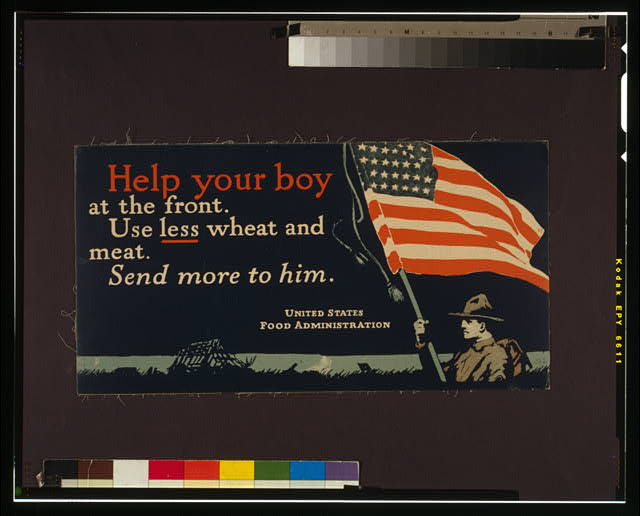 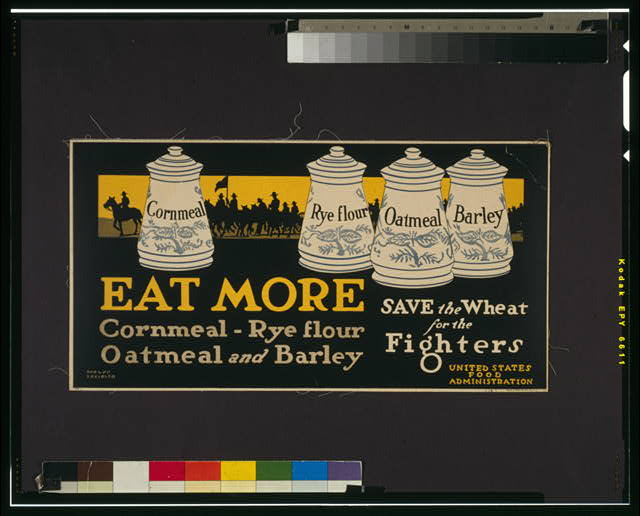 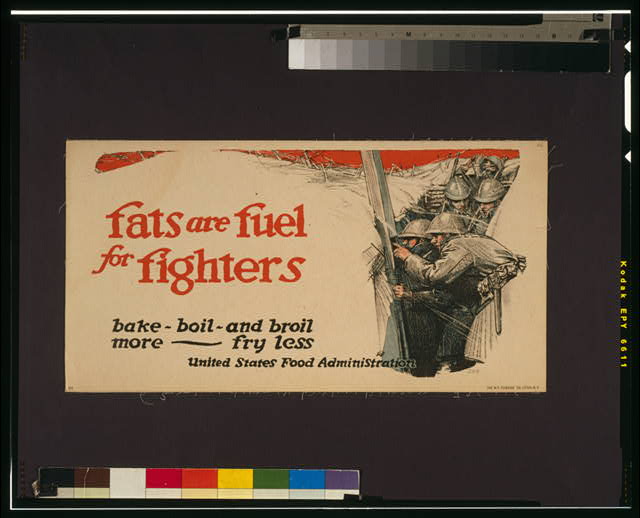 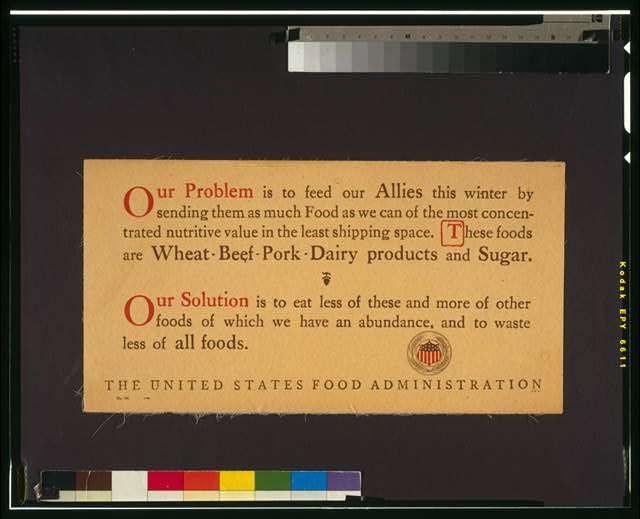 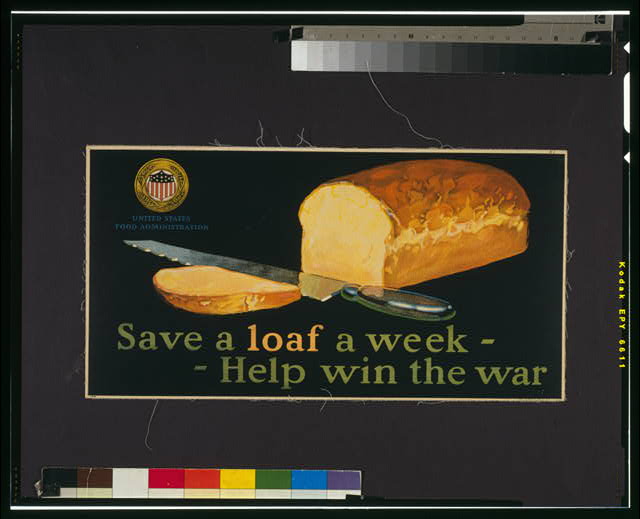 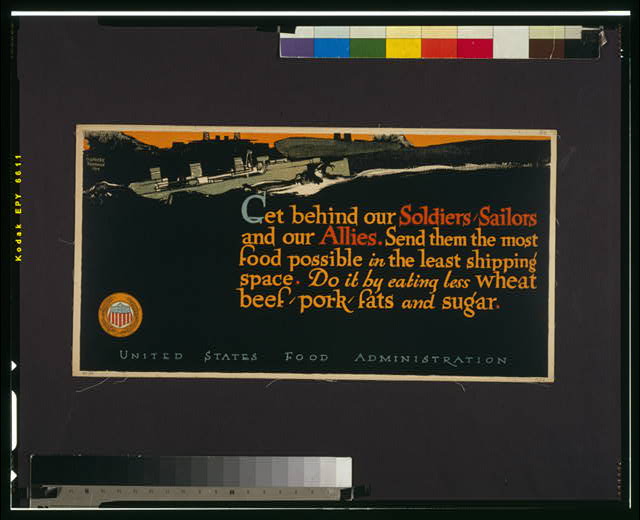 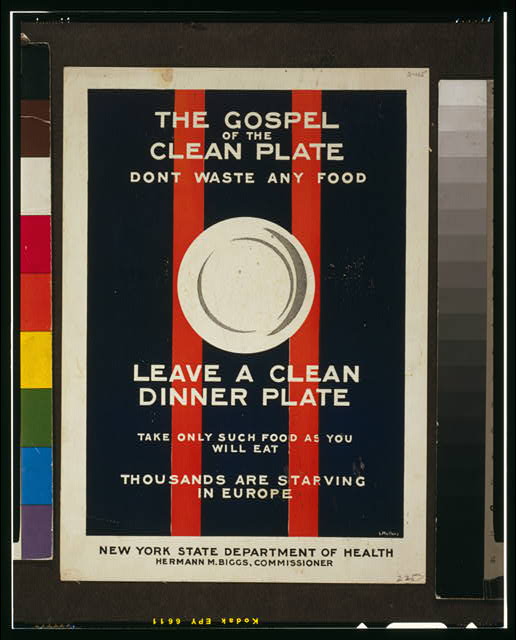 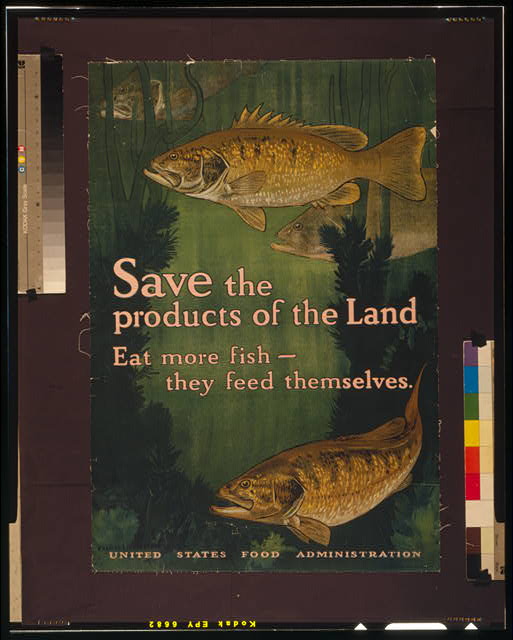 It's fun to see these old posters. They provide such a wonderful window into what it was like in the U.S. during WWI.