D'oh! Rediscioverying what was already obvious. " Why a leading political theorist thinks civilization is overrated A new book challenges how we think about human progress." 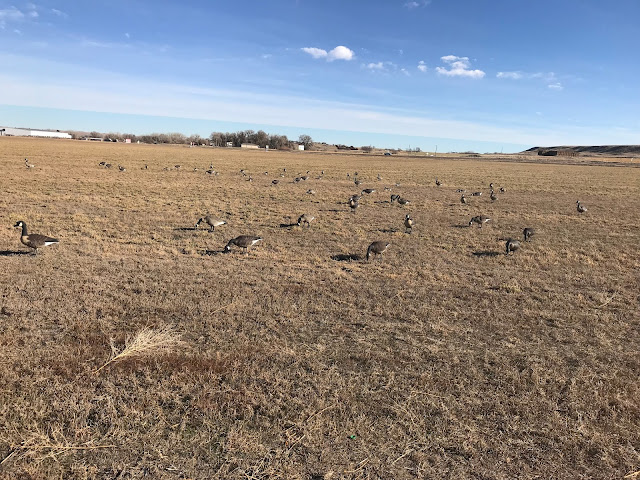 Why a leading political theorist thinks civilization is overrated

A new book challenges how we think about human progress.

Did we not already know this?  I thought it was pretty obvious.


Indeed, we've known for a really long time that people in hunting cultures are pretty happy as a rule. Why wouldn't they be? That was our original state, after all.  Something that we, in our modern civilized societies, seem to be continually surprised by.  However, looking around, you'll find that the level of general discontent in civilized societies, and in particular in "advanced economies" is really high.  And no wonder. The more advanced a society, the less connection with life, as we were intended to live it, exists.

Indeed, many of the problems that we worry about in modern society are pretty much unique to "civilized" societies, and in particular modern ones.  Depression, anxiety, identity disorders, and suicide. . .these are first world modern civilized problems.


And yet this is apparently as astounding conclusion and discovery.  And apparently James Scott, a professor of political science and anthropology at Yale University, is the latest to discover, or shall we say more correctly, rediscover this.  He's just authored a book entitled Against the Grain: A Deep History of the Earliest States.  Sean Illing, for Vox, interviewed him. The interview is interesting, but  it is a bit odd to find positions that you've known of and taken for years being presented as revolutionary revelations.


Anyway, let's start off with something that I was well aware of and that I've heard others note.  Civilization involves a lot of work, and that's what we signed on board for when we went civilized. Or, rather, that's what our ancestors enrolled us for.

Even today, there is this idea that life with civilization is easier and affords more leisure, but hunters and gatherers spend only about 50 percent of their time producing or searching for what they needed to survive. The idea that hunters and gatherers and foragers were living hand to mouth and one day away from starvation is nonsense, even for those in pretty marginal areas where there is less access to natural migrations of fish and animals and the fruiting seasons of trees and so on.

No kidding. We didn't know that?

Why didn't we know that. Our own American culture encountered, directly, aboriginal people for the first few centuries, if we go back to Colonial times, of our existence.  It seems we should have known that aboriginal people were generally not starving.  Hmmmm.

The author was asked about how civilized life "improved" human existence in some ways.  His answer was as follows.

Yes, things are better now, but it’s really only in the last 200 years or so that we’ve enjoyed the health and longevity that we do today. But this initial period when we think civilization was created was, in fact, a really dark period for humanity.

Dark period may be laying it on a little thick, but by the same token the idea that we really are enjoying that much in the way of any kind of "improvement" does as well.  Some aboriginal people are known to have lived very long lives.  It's indisputable that medicine has hugely advanced, to be sure, but then some of the modern diseases we confront have come about due to our modernity.  Diseases like diabetes, for example, pretty clearly afflict us to a large degree because of our diet and living habits.  Obesity is a modern problem.  And pretty clearly a large number of modern psychological problems are ours alone.  Medicine has undoubtedly improved, but I don't think we've begun to plumb the depth of how our modern civilized life afflicts our health in all sorts of ways.

And he was asked about environment.

Well, I think we’ve gotten ourselves into a fix with our natural environment. We keep building and destroying and growing, and I worry that we might jeopardize everything if we can’t slow down and reexamine what we’re doing. Part of why I’m interested in studying these lost cultures is to understand how humans have lived for 95 percent of our existence, and to remind myself that things could be otherwise.

"Part of why I’m interested in studying these lost cultures is to understand how humans have lived for 95 percent of our existence, and to remind myself that things could be otherwise."

They could be otherwise.  As Chesterton noted:

If I am to discuss what is wrong, one of the first things that are wrong is this: the deep and silent modern assumption that past things have become impossible. There is one metaphor of which the moderns are very fond; they are always saying, "You can't put the clock back."The simple and obvious answer is "You can." A clock, being a piece of human construction, can be restored by the human finger to any figure or hour.In the same way society, being a piece of human construction, can be reconstructed upon any plan that has ever existed.

Now, to be sure, we likely can't in real terms, particularly given our numbers, say let's chuck it all and become aboriginals.  And we probably don't want to either.  Truth be known, one of the things I suspect the good professor is missing is that the line between agricultural peoples and hunting peoples isn't anywhere near as sharp as he, and many others, seem to think.  Indeed, in reality, almost every hunting culture, with few exceptions, is also a farming people unless environmental conditions simply to not allow for it.  Many of the supposed "hunter gatherer societies" out there are really also subsistence farming cultures as well, and always were.  So what is really alien to us is not farming, but rather deep urban life.  That we can start to address.

And we can do that by protecting and expanding, yes expanding, the wild and putting both agriculture, as a local individual activity, and hunting and fishing, as the core human activity, back in their proper prospective.  You have to recall that; 1) you aren't going to live forever, so quit freaking out about whether you should take up the latest weird diet beliefs; 2) plant a garden. . .seriously; and 3) buy that rifle, shotgun, bow and rod and take up some thing real.  Hunting and fishing.
Posted by Pat, Marcus & Alexis at 07:00