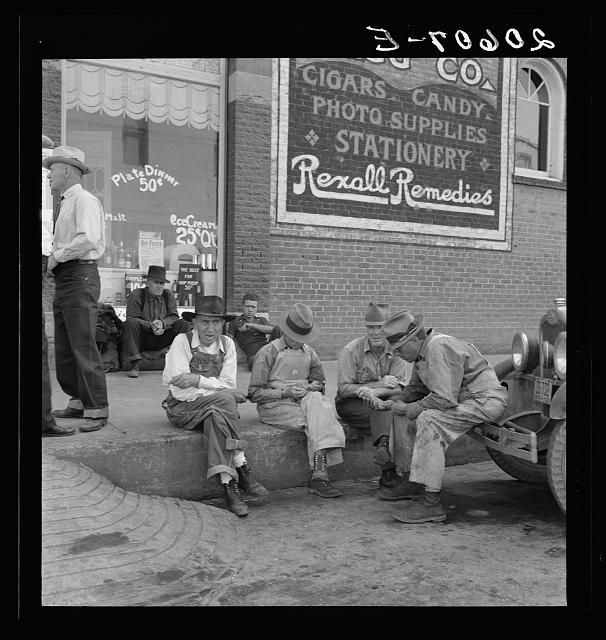 I went to work on Monday and found that I'd left my reading glasses somewhere else.

I have to use reading glasses now thanks to my deteriorated near vision.  Indeed, I've worn bifocals for quite awhile but had to start using "computer glasses"  for office work. That proved untenable as I was constantly switching between my bifocals and my computer glasses.  Switching to contact lenses lets me get away with one less set of glasses.

I'm not hugely keen on the contact lenses, quite frankly.  I probably should be, but I'm not.  Anyhow, I apparently left the office the other day with reading glasses in a pocket as they weren't at work when I returned the next day.

I had to go out, therefore, and buy another set.  With a full day ahead of me, that was actually easier than returning home to search for my missing reading glasses. . . which I still haven't found.  I have a couple of sets here, but they aren't the ones I had at work.  Oh well. 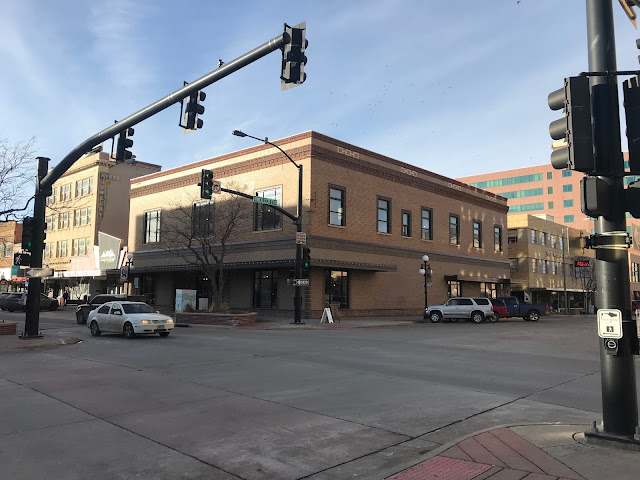 Where the Woolworth's once was. . . now a clothing store.

Anyhow, when I was young, even still into my teens, there was a Woolworth's downtown.  Indeed, it was on the same block as my office building is on.  On the corner there was a "cigar store" that did in fact sell cigars, but also sold newspapers and magazines (not all of the latter of which were decent. . and there were always rumors what else you could buy there) and an amazing assortment of odds and ends, particularly for a store that was no larger than than big closet.  It remained in business up until its owner died in the 1990s, although it opened back up in the last decade, now solely a cigar store (with malts, which the original also had, and a small legit magazine stand) and remained open until the new owner died.  A couple of blocks away there was a Safeway grocery store.  And a couple blocks of way in another direction there was Brattis Grocery Store, a local company.  Across the street from the Safeway was Bi Rite, a large pharmacy that was also a liquor store and a small grocery store.  Indeed, Bi Rite sold so much its a little difficult to describe what it actually was. 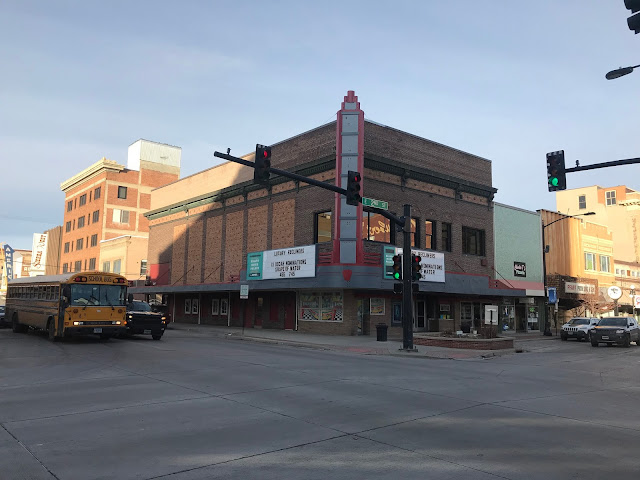 The Rialto Theater.  Just below the tall sign, which usually says "Rialto" but which is being refurbished, there was a cigar store.

None of these remain.

Where the Woolworth's was is now a nice clothing store.  The cigar store is closed awaiting an anticipated reopening in some other form.  Brattis' closed as a grocery store upon the death of the last of the two brothers who owned it and the surviving entity reopened as a butcher shop (its meat counter was always legendary).  Bi Rite closed about a decade ago and its now a series of shops and a bakery.

So what, you say?

Well, what this means is that in order to get a pair of cheap reading glasses I had to drive a few miles to go to Walgreens, which while it may be on the corner of Healthy and Happy, that corner apparently doesn't occur downtown in my town.

Of course, this is just a local example, but for towns and small cities, I think this is pretty common.  If we were speaking of a bigger city, the situation would be different.

Our downtown remained fairly viable until "the mall" came in during the late 1970s.  That hurt the downtown severely.  The mall is now hurting itself, and downtown has undergone a revival, but the corner markets just didn't come back.  Lots of other things did, but they didn't.  There's probably a demographic reason for this, but it's sure inconvenient.

There's probably some sort of lesson in here about the illusion of "progress".  When the mall came in, during the big boom of the 1970s, it was "progress".  It's still there, but it certainly isn't what it once was.  Downtown, which really took it on the chin as a result of that, became really grim when the crash came.  During that same episode oil companies that were headquartered in town pulled out, and they never returned. Starting before the last boom, however, the downtown started staging a slow recovery, centered oddly enough on the two movie theaters that had never left, but which had been taken over by local entrepreneurs, and improbable but actual revival.  Stores started to reappear downtown and restaurants as well. People even started living downtown, which seems rather odd to me for this local.  But the corner store, or the small department store, never did.  Now we have to drive for the convenience of going to one. . . which isn't very convenient. 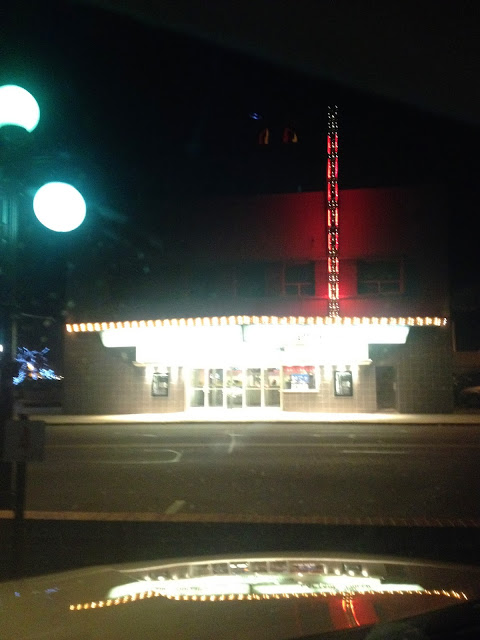 The American Theater at night.
Posted by Pat, Marcus & Alexis at 00:01

It's sad that the corner stores have vanished, yet it sounds like the downtown in Casper is doing better than many downtowns. So many downtowns have become virtual ghost towns.

That's quite true. Indeed, the downtown has staged a real revival, and the town is investing in the old downtown district to ensure that that keeps on. Lots of downtowns have suffered worse fates.

Regionally it seems like the "hip" downtown is sort of a trend, however. Everyone seems to be modeling them on Fort Collins Colorado's downtown district.