Coffee rationing began in on this day in 1942. 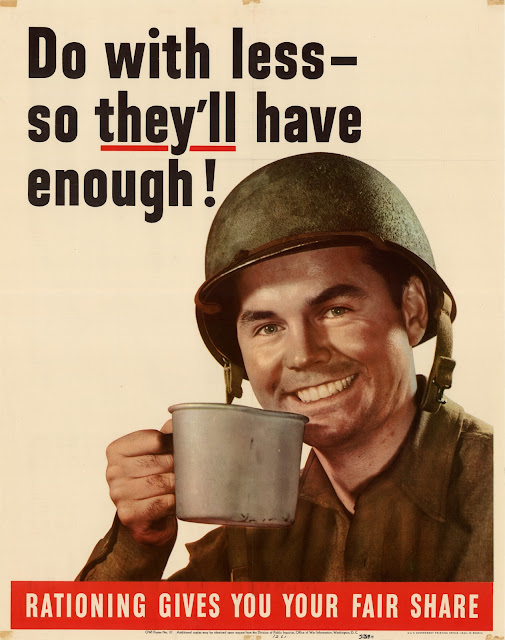 Smiling soldier.  I think he's drinking coffee.  I may have had to volunteer for service (which I likely would have done anyway) just in order to get a cup of coffee.

I would not have liked that.  Coffee roasters were already restricted to 75% of their war time prior average.  This resulted not due to fewer beans being produced during the war.  Not hardly. Rather, it resulted from the fact that this import crop is shipped to the continental United States

I think that's something that we tend not to ponder much. Coffee is a huge American drink, just like tea is a huge British drink, but in neither case do these consuming nations produce the elemental crop locally.  Given that, it's really amazing that either drink has such a hold in the consuming nation.  Indeed, by and large, with some slight exception, its not even grown in the Norther Hemisphere.  Kona coffee, grown in Hawaii, is the only coffee actually grown in the United States, in so far as I'm aware.

Just consider it for a moment.  The bean that is roasted to produce the crop is grown thousands of miles from the continental United States, roasted (often) in the US, and then packaged for sale here.  It's pretty amazing that there's more than a couple of varieties of it, frankly, or that its even affordable. 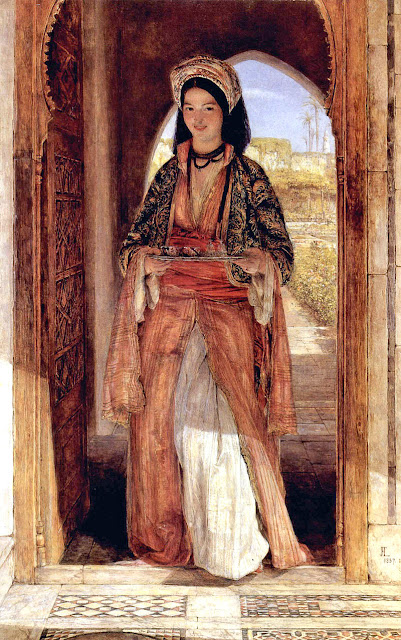 The Coffee Bearer, by John Frederick Lewis, Orientalist painter.  The same figure was a figure in his painting The Armenian Lady, whose servant she is portrayed as being.

As an aside, the second biggest coffee bean producer in the world (the first is Brazil) is. . . . Vietnam.

One more reason that not having prevailed in the Vietnam War is unfortunate, to say the least.

Well, anyhow, it's not cheap, as any coffee drinker will tell you. But it's not terribly pricey either.

And somehow, it's gone from a few basic brands to a wide variety of specialty brands and brews of every imaginable type and variety. 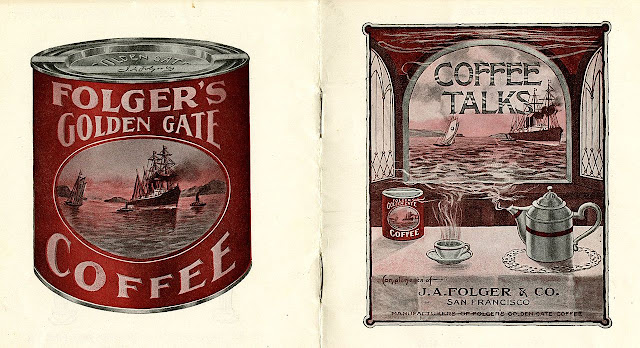 Coffee varieties have of course always existed.  Interestingly, one of the contenders for oldest coffee brand sold in the United States is Lion Brand which is Kona coffee.  Lion was first sold in the United States, as green coffee beans, in 1864.  Pretty darned early.  Hawaii wasn't an American territory at the time.  Folgers has them beat, however, dating back to 1850.  Hills Brothers dates to 1878.  Maxwell House to 1892.

Arbuckle Coffee, for some reason, was a huge item in the West in the late 1800s, showing how brands come and go.  I've never seen Arbuckles sold today, although it apparently still exists.  The owners of the company, John and Charles Arbuckle, owned a ranch near Cheyenne, although I don't know if that explains the connection with the West, or if perhaps that connection worked the other way around.

Now there's a zillion brands of coffee, many of which I don't recognize, and many which have pretensions towards coffee greatness.  This seems to have come about due to the rise of coffee houses, lead in a major way by Starbucks.  There's a Starbucks on every street corner now, it seems.  I'll be frank that I don't like their coffee much at all.  Too strong, and I like strong coffee.  Anyhow, the many specialty brews that Starbucks makes has spawned many various specialty coffees, or at least different coffees, to the extent to which a person can hardly keep track of it.  Over the weekend I was in City Brew, one of the local coffee houses, as well as Albertsons, where a Starbucks is located, and they both had "Christmas Blends".  How can there be a Christmas blend of coffee? 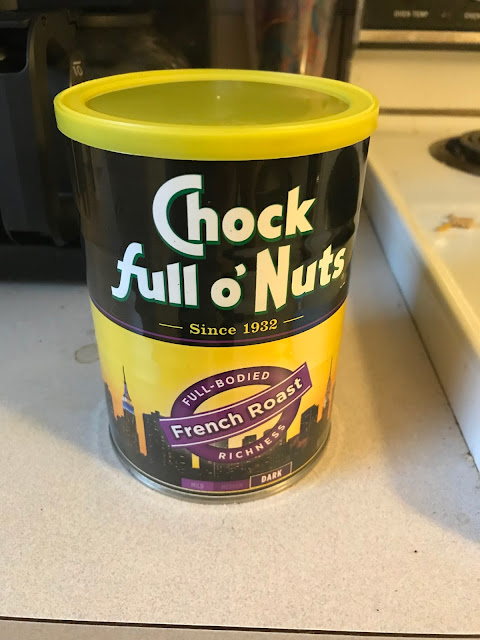 Chock full o' Nuts, a brand that, as the can indicates, has been around since 1932.  That was the date the company founder changed his nut shops into lunch counters, figuring that they were a better bet during the Great Depression.  I used to drink Chock full o' Nuts when I was in college but stopped as it seemed to have way too much caffeine.

Not that I'm complaining.  I frankly like the vast variety in coffee. And while I'm not inclined to buy something like Starbucks Free Range Easter Island Coffee Licked Gently By Baby Yaks, I will buy peculiar roasts just because the sound interesting. And I tend towards those dark roasts even if I sometimes wish I'd gotten something milder.

And it is interesting to see how coffee houses, following in Starbuck's wake, have popped up everywhere.  Just the other day I bought a sack of Boyer's coffee in the grocery store.  I was aware of Boyers, as they're a Denver brand with a Denver coffee house, but I wasn't aware that you could buy it up here.  Quasi local, as it were.  A great Denver coffee, with some good coffee houses is Dazbog, which plays up the Russian origin of the founders.  One of the independent local coffee houses here sells Dazbog, and its good stuff.  City Brew has outlets here in town, and apparently they're originally from Montana, which they play up with some of their roasts, even though we all know coffee isn't grown in Montana.  I'm told that Blue Ridge Coffee, another local coffee house that sells sacked coffee, is purely local.

And that doesn't cover every coffee house in town.  Quite the evolution when just a decade or so ago you'd have had to go to a conventional cafe and just have ordered the house coffee, whatever that was.  No special roasts or blends.  Just a up of joe.

And I prefer to buy from the locals as well.  Subsidarity in action, I suppose.  Indeed, I'm not told that I can buy Mystic Monk sacked coffee at the Parish Office, and I likely will.

In the grocery store, for the most part, you bought the major brands.  Most of those are still around,  but now you can buy any number of major and minor brands.  I even have a coffee grinder, although that certainly isn't a new invention, although most of the time I buy pre ground coffee.  Indeed, I got the grinder as I bought whole bean coffee by mistake, which I've done from time to time, and I don't want to waste it.

Using coffee grinders, of course, is an odd return to the past. Everything old is new again, sort of.  But the huge variety, of course, is wholly new. 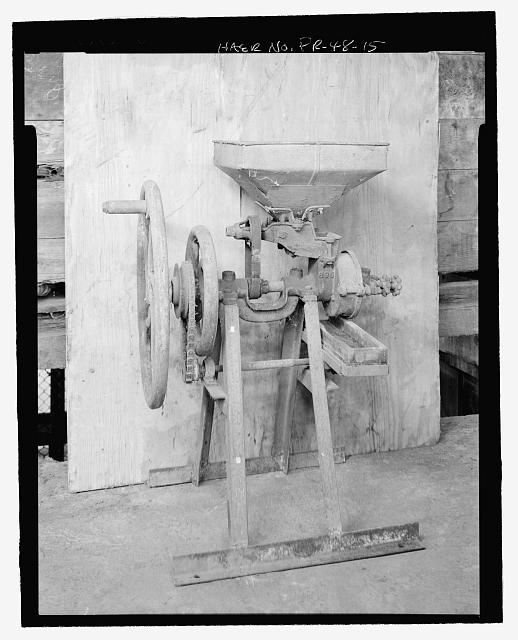 Blog Mirror. A Hundred Years Ago: Keep Coffee Warm with a Thermos

The Joy of Field Rations: Roasting Coffee in the Field
Posted by Pat, Marcus & Alexis at 00:00

I had no clue that Vietnam is (was?) 2nd in coffee bean production....Great article!!!