Clothing standards, men's suits, and the price of gold. Observations on 1916 and 2016

I shouldn't have been, given the dress standards of the day, but I was surprised that a clothing store would take out a full page add day after day for men's suits in 1916 Casper Wyoming. 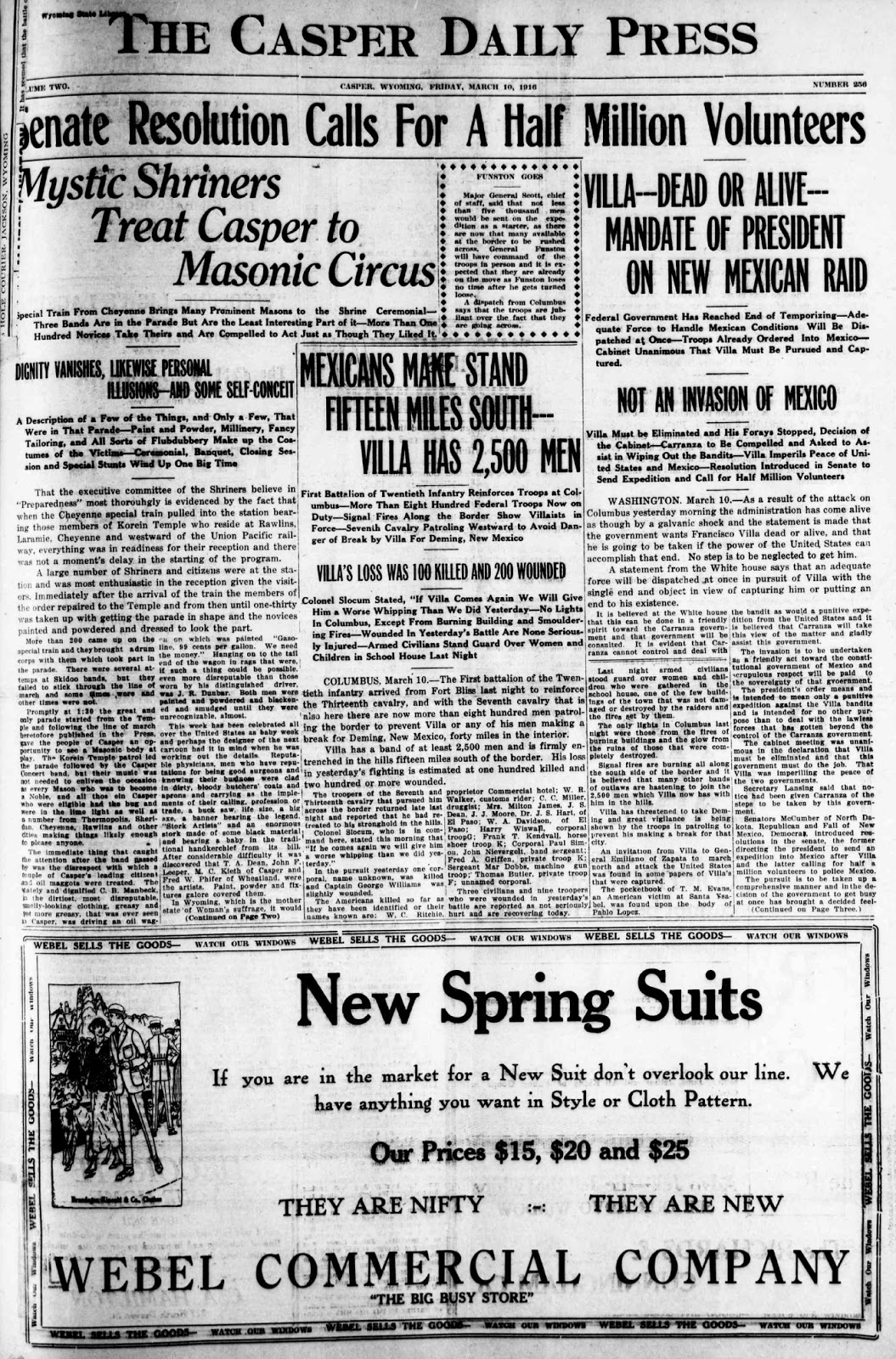 On the suits, I've heard it claimed that a good man's suit has cost approximately the same as one ounce of freely traded gold for over a century (keeping in mind that there was a protracted period of time during which gold was not freely traded in the US. An ounce of gold today is $1,254.30.  In 1916 it was $20.67, so maybe that's sort of freakishly correct.  As we can see, suits in this advertisement traded for about the price of an once of gold..  Brooks Brothers suits, according to their on line site, start at a little over $600 and range up to about $1200.  So that observation isn't far off.

Not that I'm making some stunning observation regarding it.  Just an odd fact.

Of course, a lot bigger percentage of the population spent that once of gold on suits in 1916, as opposed to 2016. 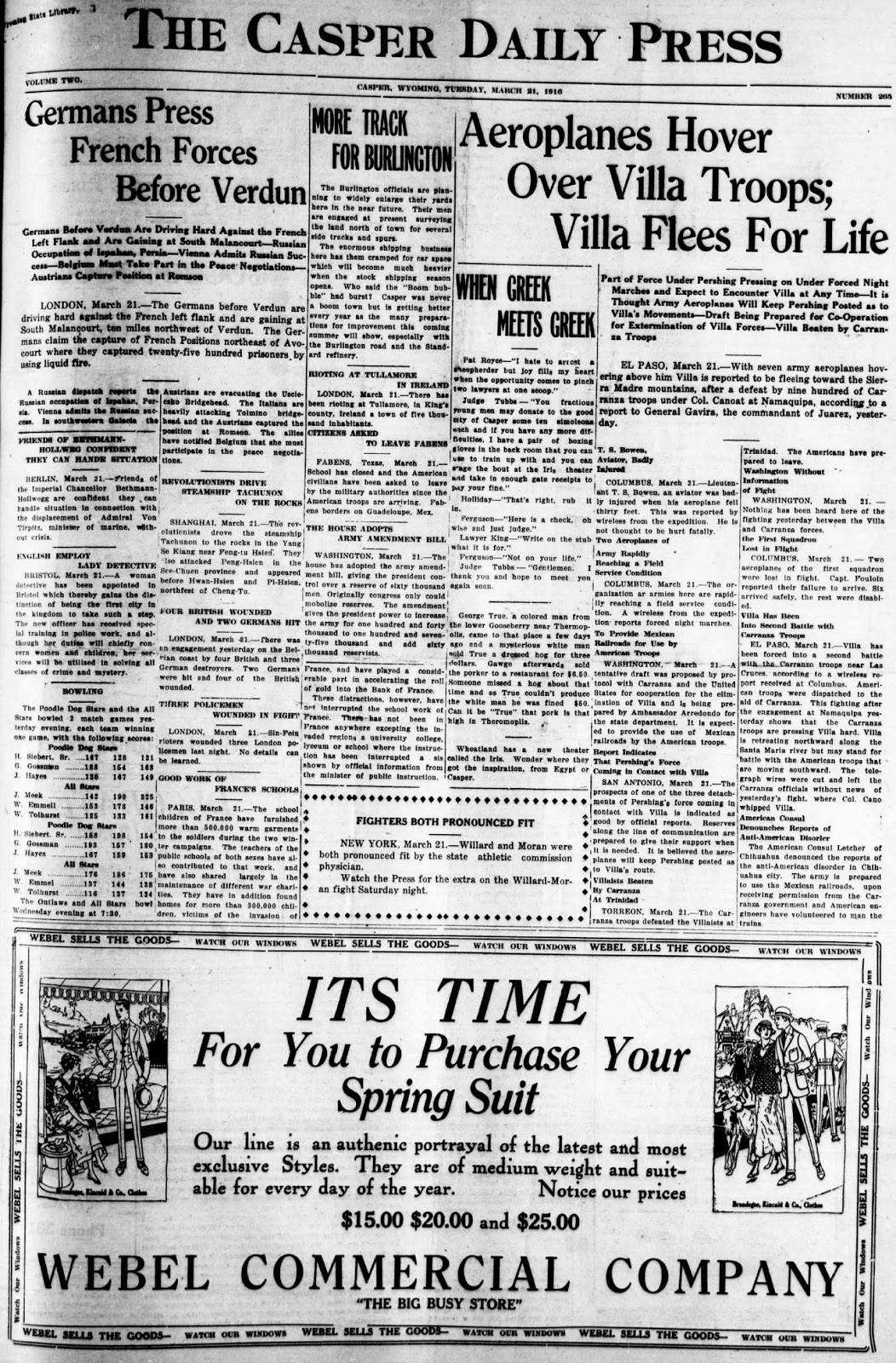 But the cost ration has freakishly held all those years.

It turns out that this phenomenon is widely noted, fwiw, so while it was surprising to me, it's apparently not surprising to everyone.

For example, one article reports that "History Shows Price of an Ounce of Gold Equals Price of a Decent Men's Suit, Says Sionna Investment Managers".  Another notes:


The expensive clothes store at the entrance to our office building is advertising “two hand-made suits for $1,500.”

Another site declares the price of gold at the time the article was written as "out of whack" as the ratio wasn't quite holding.

So, it appears, what I've commented on is not only well known, but forms some sort of routine observation by many. A rule of thumb.
Posted by Pat, Marcus & Alexis at 00:00