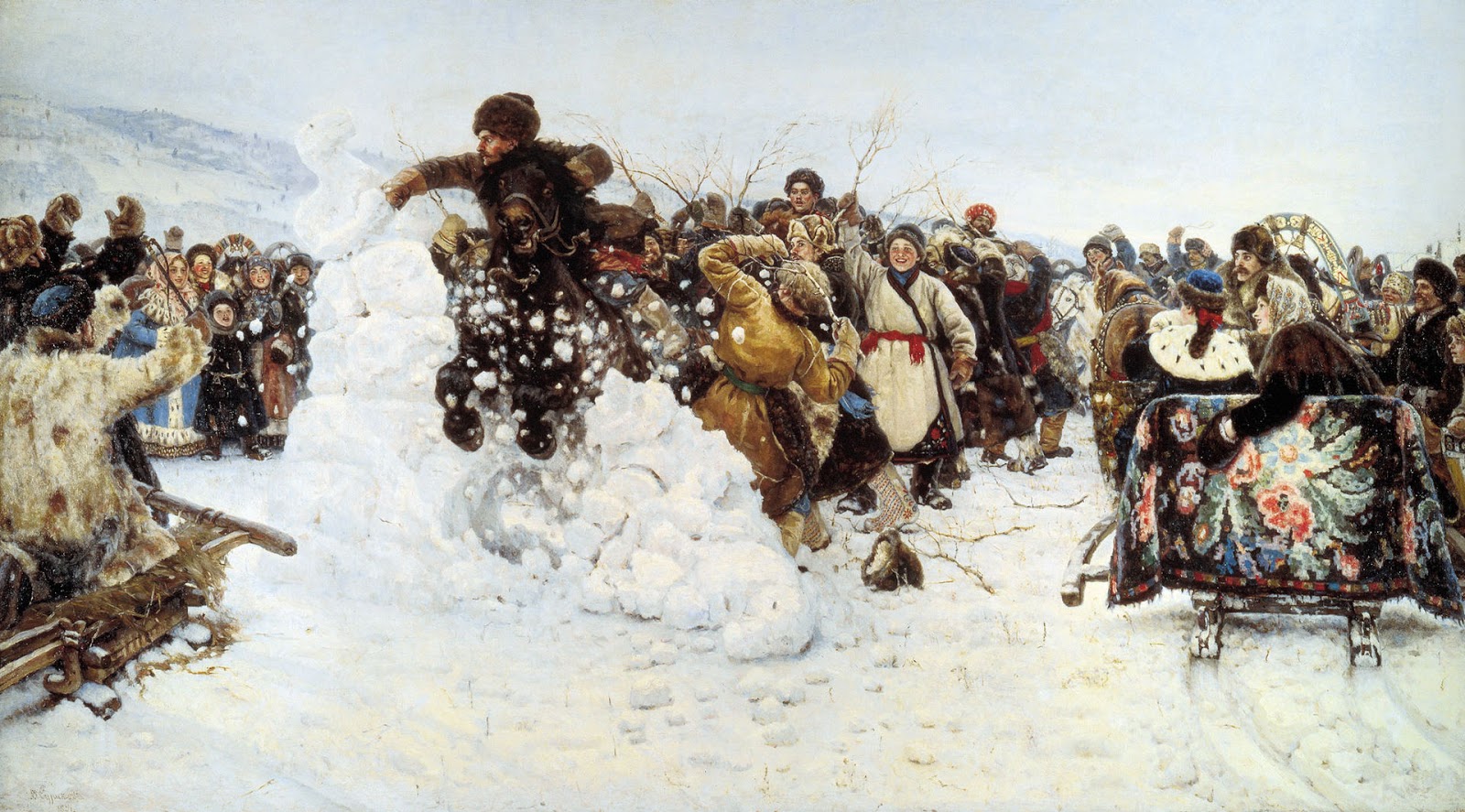 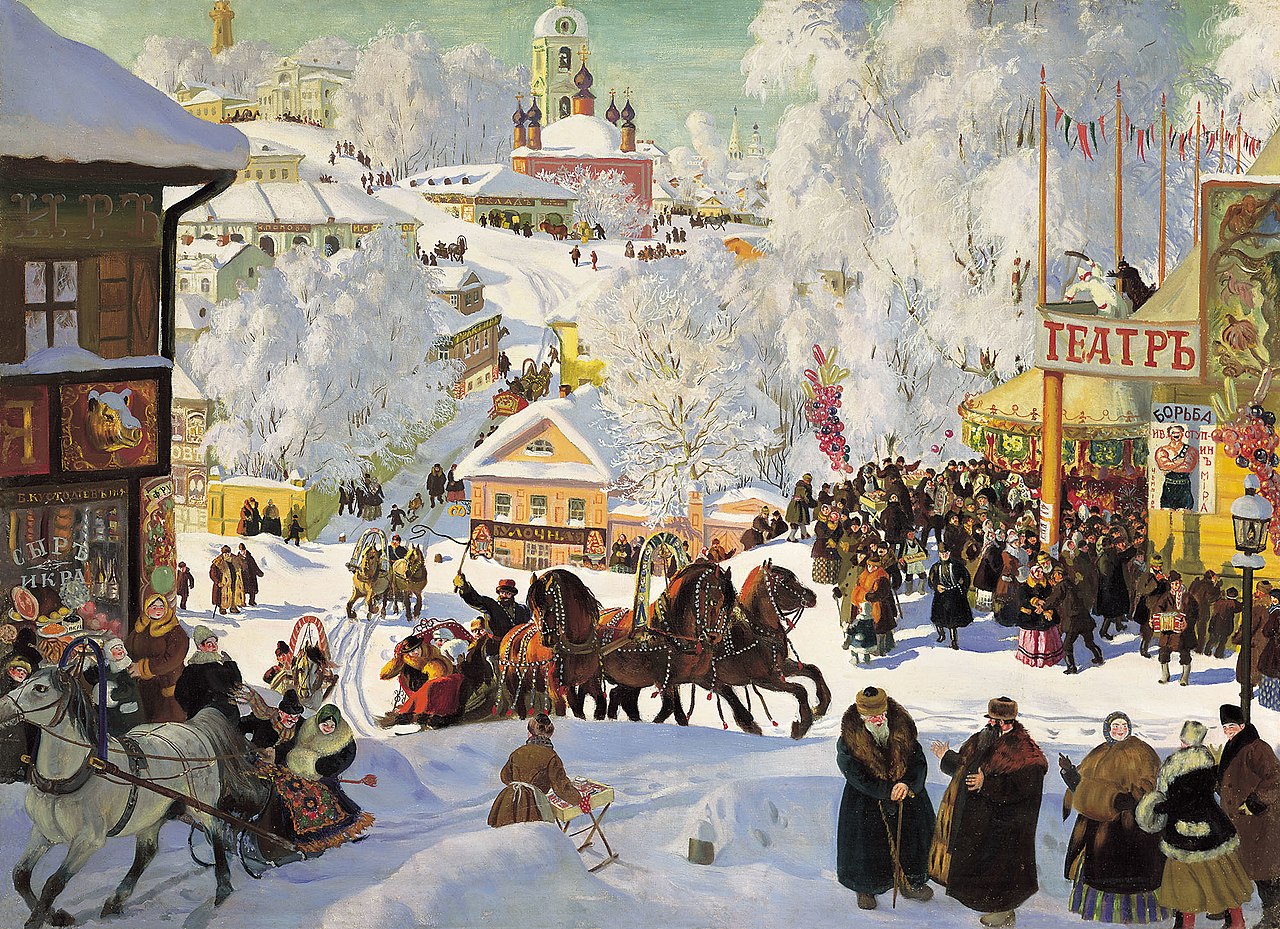 Maslenitsa is, therefore, sort of a week long Slavic Mardi Gras and indeed shares the connection with the same set of foods, fats, and stuff made with them.

And it was also a week long celebration, as the pre Lenten celebrations are to some extent in some Latin Rite countries.  Except, appropriate for its region, it featured traditionally a lot of winter games.

Of course, the Communists put a damper on all of this, given its religious nature, but it never went away.  And as Christianity has revived in the Slavic regions following the downfall of Communism, it's religious nature and the tradition is reviving.