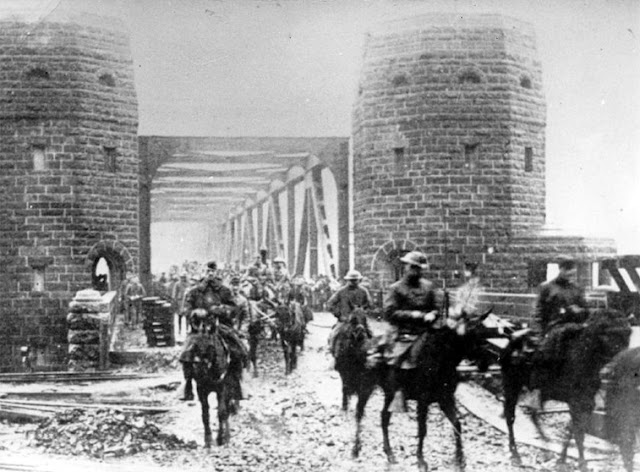 American soldiers crossing the Rhine at Remagen, over the Ludendorff Bridge. This same bridge would be fought over fiercely in March, 1945 and was so badly damaged by German efforts and the battle itself that it would ultimately collapse.  By that time, it had served, for the second time, as a major American conduit across the Rhine. 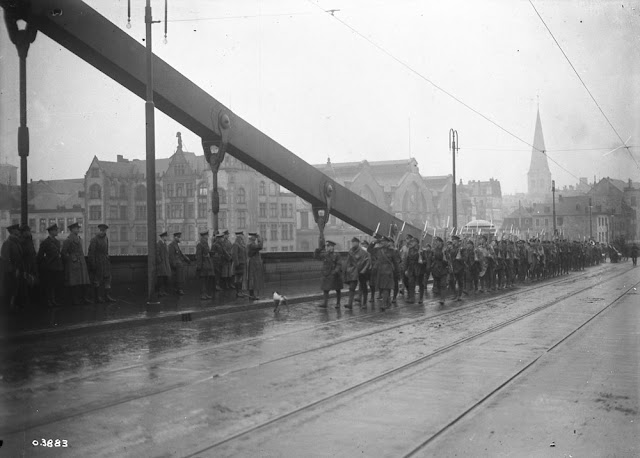 Gen. Plummer takes the salute for the Canadian 1st Division as it marches into Germany over the Rhine, December 13, 1918.
Posted by Pat, Marcus & Alexis at 05:45