The dinner plate on the Home Front. When things were so tight it was a good idea to go Chinese. 雜碎 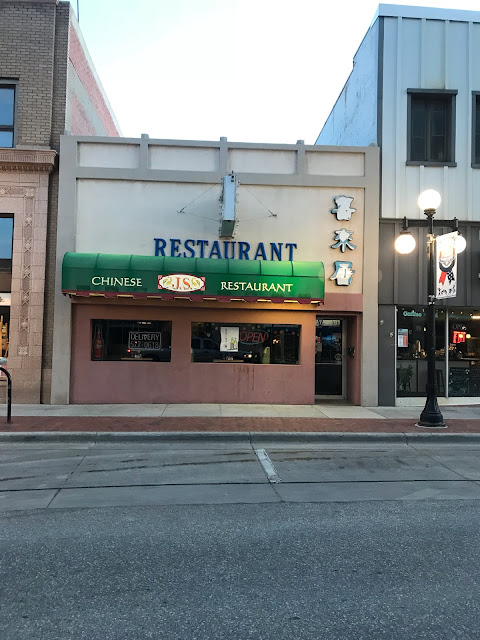 1918 Chop Suey Recipe from the Kansas State Council of Defense

This introductory paragraph from this entry at A Hundred Years Ago explains it:

In 1918, World War I was raging. There were food shortages, and the U.S. government was shipping wheat and other foodstuffs to the troops in Europe. To help cooks on the home front use “conservation as far as possible of food which can be sent abroad,” the Kansas State Council of Defense published One-Dish Meals.

And Chop Suey turned out to be one of those dishes.

I have to say that this really surprised me as I just don't think of there being Chinese dishes in the US in 1918, let alone ones like Chop Suey.  I'm far from an expert on Chinese food, but my understanding is that Chop Suey is a Chinese American dish invented by Chinese restaurateurs in the US for the American diner.  Wikipedia, notes, however, that one E. N. Anderson, a scholar of Chinese food scholar (how come I don't have a job like that?) claims the dish descends from tsap seui (杂碎, "miscellaneous leftovers"), common in Taishan County in Guangdong province which provided many early Chinese migrants to the US.  One Dr. Li Shu-fan of Hong Kong recorded it as being on tables in Toisan in the 1890s.  So maybe it really is Chinese in origin, which would be nice. 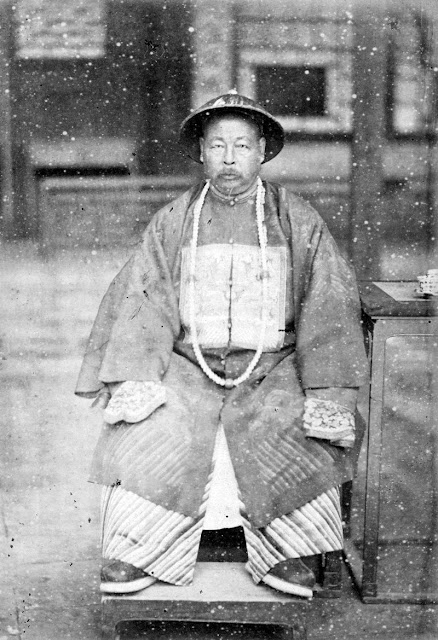 Zuo Zongtang, Marquess Kejing (Tso Tsung-t'ang), Chinese military leader who coordinated Qing forces to attack the Taiping rebels with support from British and French forces in the 1860s.  He lived in Hunan and had nothing to do with any chicken dishes that were subsequently named in his honor in Chinese American cuisine.


Anyhow, it obviously was well enough know by 1918 for the State of Kansas to include it in a recipe books, which means it had obviously crossed the nation.  I was, nonetheless, surprised.

But then, I was also surprised to see chili in the Army cookbook from the second half of the 19th Century, meaning the well known Mexican dish was pretty common by then, even if the recipe isn't quite what we'd expect today. 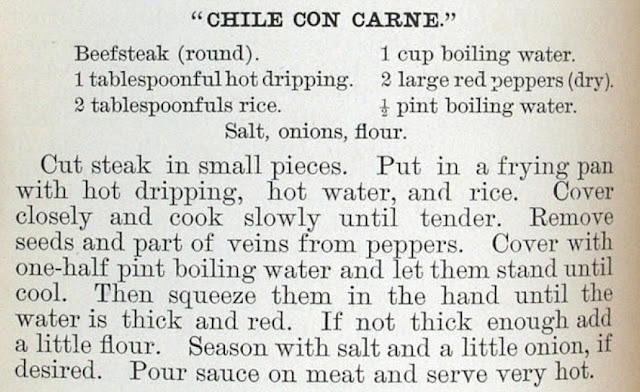 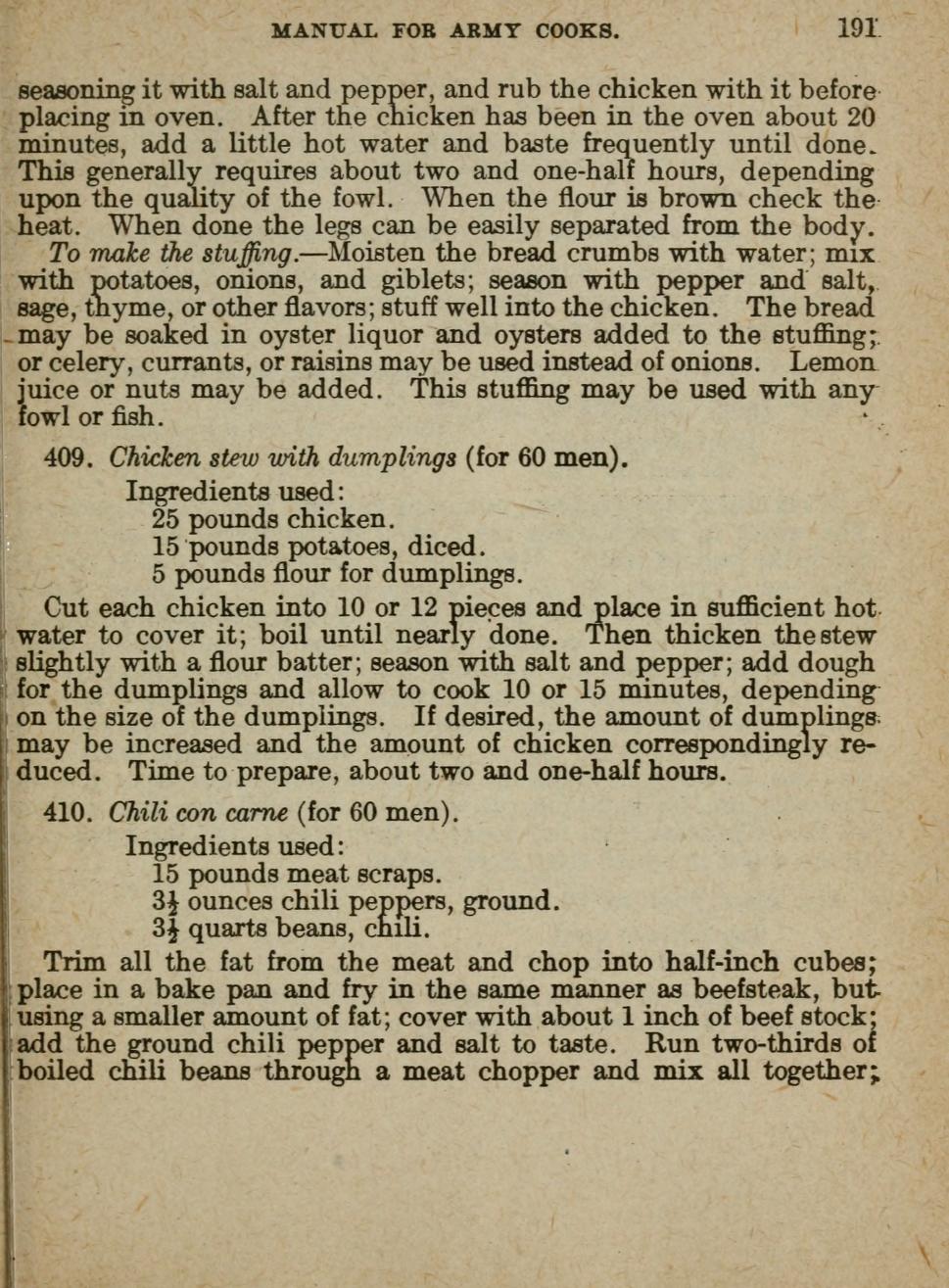 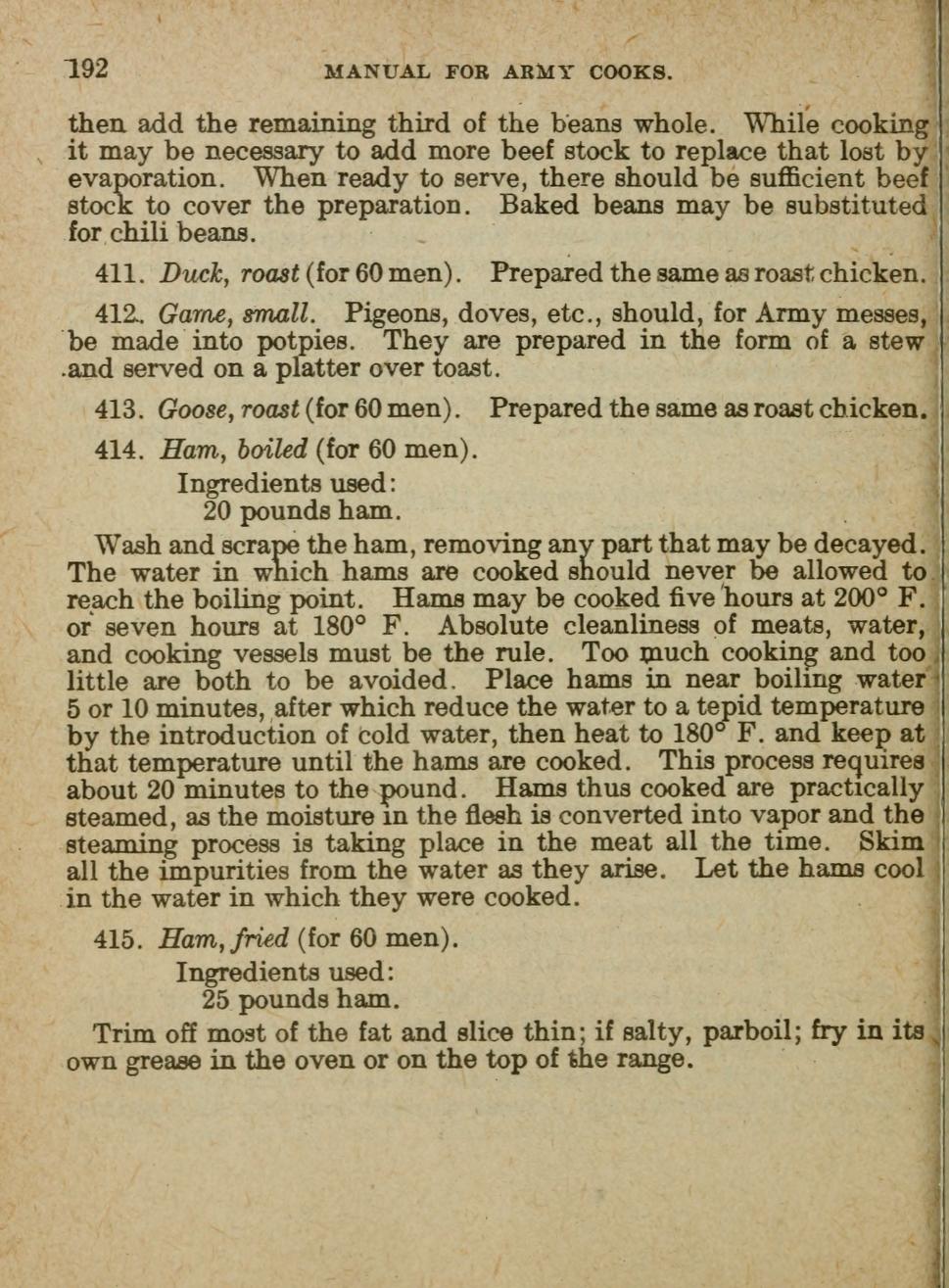 1916 recipe, with beans.  This looks quite a bit more familiar. Is anyone else surprised by some of the entrees in this Army cookbook?  Roast goose? Roast duck? Tamales also show up in the book.

By the way, the Chop Suey recipe looks pretty darned good.  I may have to try it.  Up to now, the limit of my Chinese food experimentation, in terms of my actually trying to cook it here at home, has been limited to Crispy Duck.

And for a dish that's a "time of want" dish, I have to note that the variety of ingredients is impressive.

It omits, however, wheat. And as we know from other posts here, wheat was a "fighting food" that the nation was trying to conserve.  Rice wasn't in as great of demand.

By way of a no doubt odd comment, one thing that disturbed me here is the use of the term "One-Dish Meal".  There's nothing wrong with One Dish Meals, but the term is quite similar to one used by the Nazi German government as food grew tight in World War Two, that being "One Pot Meals". The Nazis would actually send flunkies around to make sure that people were sticking to one pot meals, and hence conserving food, but that same task was also likely served the scarcity of food items in Germany as the war went on.  In looking it up, I did oddly find a reference to German One Pot Meals, for which I was hoping to find a period depiction to post, and instead found this item on a recipe page:

This is the easiest meal anyone could make! I learned how to make this from my first mother-in-law many years ago. The marriage didn't last, but the recipe did! As a young bride, I wanted to make good meals and this dish was a favorite!

That's the only reference I found which, while it shouldn't, does make me wonder where that person's "first mother in law" learned the recipe. . .

Well, anyhow, back to Chop Suey.

Chop Suey was once such a popular dish that apparently quite a few Chinese restaurants were simply called that, according to Wikipedia.  I think I may have seen signs advertising it in San Francisco's China Town the first time I was there, in the mid 1980s, but I can only dimly recall that.  I didn't take any photos there, and should have.  Anyhow, as the dish arose in the Chinese American restaurant trade that raises the other surprising fact, to me, that there must have been sufficient Chinese restaurants in the U.S. at the time such that the dish was well known.  I don't know why that surprises me, but it does, and it makes me wonder how many other ethnic restaurant types existed in the US by that time.  Italian restaurants must have been common, at least in big cities.  I wonder what else was common?

Indeed, this is one of those areas that shows how similar, rather than dissimilar, the past is from the present, while also showing the opposite.  A familiar food item today, which we wouldn't expect, but at the same time in a setting that isn't familiar to us as well.

Anyhow, we'll conclude with Louis Armstrong's Cornet Chop Suey, which in case you wonder as to why it is titled that, is a musical mix.

It's fun to read this post - and I'm honored that my post was the inspiration for it. It's interesting to learn about history of one dish (one pot) meals.

I've riffed off of more than one of your posts for topics here. Your blog is a very interesting one to say the least!