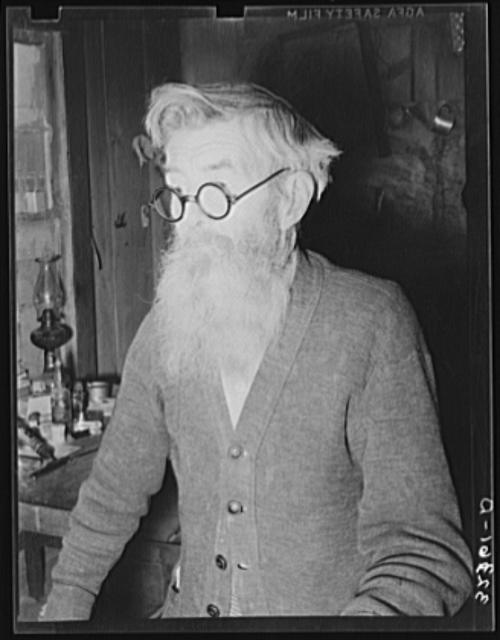 The issue before last of the National Geographic featured an article on the Teenage Brain. This past issue, which arrived last week, included a letter to the editor from a reader who somewhat grumpily suggested that the teenage brain might be the evolutionary norm, because, he suggested, back in our early days as a species, we didn't live much longer than that.

Oh yes we did.

The suggestion of the letter writer was that human beings live longer than they used to. This is a common belief, people state that all the time, but it simply isn't true. People live the same number of years that they always have. That number of years varies by population and culture, but it's generally between 60 and 120 years. Extreme old age generally seems to cap out at an absolute maximum of 120 years, a span that's actually mentioned in the Old Testament, interestingly enough. The longest any human in modern times has been recorded to have live is 122 years. There are claimed examples of people living in excess of this number of years, but they lack verification and tend to be subject to serious questioning. This is not to say, of course, that anyone can live to 120 years. Far from it. Only a tiny minority of people shall ever approach that age. But instances of advance years in any one era are quite easy to find. Chief Washakie, for example, lived to be 99 or 100 years of age and was not the only Native American of that to have done so. Adams and Jefferson lived into their 80s. And so on.

Well, isn't that the same thing? Not at all.

Life expectancy or average life span is a statistical figure. It doesn't mean that all people live to that age. No, by its very nature it means that most people will have died before that age or after it. It's the statistical medium.

That sounds like semantics, but it isn't. When you look at what killed people in prior eras, it makes sense.

The reason for this is varied, but disease and the stress of birth explains a lot of it. But what it also means is that if a person passed their fifth year, their life expectancy jumped enormously. Indeed, if you take out the number of infants who died prior to age five, and the number of women who died giving birth, life expectancy for the most part would begin to look pretty recognizable for most European or North American cultures.

They would not, of course, be identical. But that's easily explainable as well. Diseases of all types were enormously dangerous prior to the late 19th Century. The germ theory of disease itself was only discovered in the mid 19th Century. There were an awful lot of diseases that, if you acquired them, your end was nearly guaranteed, where as this would not be the case now. Heart attacks, cancer and strokes basically killed. Diagnosing dangerous diseases prior to their last phase was often impossible. None of this is true now. And accidents tended to be much more lethal in any era prior to the one we're living in right now. Work, for males, was much more dangerous in prior eras.

And, of course, warfare was very prominent in earlier eras. Most European nations were constantly at war in the 18th Century. When the Indian Wars are included, the US was basically at war from 1776 through the 1880s. And wars have become less lethal in modern times in comparison to prior eras.

So what does all this mean? Perhaps not that much, but the common modern assumption that we're living longer is simply incorrect. Things aren't killing us before we reach our natural end of life. That's what is occurring.
Posted by Pat, Marcus & Alexis at 12:18

Email ThisBlogThis!Share to TwitterShare to FacebookShare to Pinterest
Labels: The Pace of Life, trends